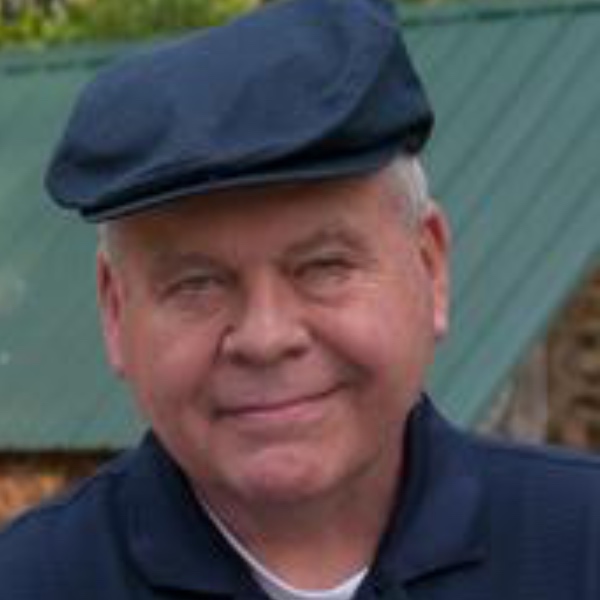 Thomas J. Korpela of Forest Hill, MD passed away Saturday, August 4, 2012 at Gilchrist Hospice Care surrounded by his family. He was 74 years old. Tom Korpela or Tommy Joe, as he was called in younger days, was born in Munising, MI on February 6, 1938. He attended Sacred Heart Catholic Grade School and Mather High School graduating in 1956 as the class valedictorian. Tom went on to Michigan Technological University and graduated in 1960 with a degree in Mechanical Engineering.

Tom entered the steel industry upon graduation and spent the next 47 years with four different steel companies; Great Lakes Steel in Detroit, MI, Alan Wood Steel In Conshohocken, PA, United States Steel in Fairless Hills and Oil City, PA and Voest Alpine Services and Technologies in Baltimore, MD. During his career, Tom was involved in all phases of the steel business including Turn Foreman, Superintendent, Engineering, Sales, Quality, and Plant Manager of two plants. He also developed 5 patents and wrote two books related to the Steel Industry. On August 4, 1962, Tom married his college sweetheart, Jane Boucher of Menominee, MI. Together, they raised 8 children (5 daughters and 3 sons) and are blessed with 30 grandchildren. Tom and Jane lived in four locations during their 50 years of marriage. The Detroit, MI area in the early 60’s, on to King of Prussia, PA in the mid 60’s and all of the 70’s. The 80’s were spent in Oil City, PA and the remaining years in Forest Hill, MD. No matter where they lived, Tom and Jane were always active in their Catholic Church and the community. They spent their time supporting programs like Meals on Wheels, The Gabriel Project, Knights of Columbus, Parish Council and the Liturgy Committee just to name a few. Tom was also involved with the Goff/Gough Family Association, a genealogical society. He served as President for a term as his mother’s maiden name was Margaret H. Goff. Tom has traced his Goff lineage back to 1686. Tom is survived by his wife, Jane, and 8 children. Connie, wife of Mike McDonnell with 3 children, Jim Korpela, wife Sarah with two children, Eric Korpela, Laura, wife of Mark Nolder with 5 children, Sarah, wife of Dave Richard with 9 children, Christopher Korpela, wife Adriana with 2 children, Stephanie, wife of Brian Atha with 4 children and Elizabeth, wife of Jon Shimaitis with 5 children. Deceased members of Tom’s family are his parents, Henry A. Korpela and Margaret H. Korpela along with his only sibling, John Korpela.

Family and friends will honor Thomas’s life at the family owned Evans Funeral Chapel and Cremation Services – Bel Air, 3 Newport Drive (Rt. 23 & Rt. 24), Forest Hill on Tuesday from 7-9 P.M. and Wednesday from 3-5 & 7-9 PM. with a Celebration of Life Service at 8 P.M. A Funeral Liturgy will be held on Thursday, 11:00 A.M. at St. Mark’s Catholic Church. Interment Private. Memorial contributions in Thomas’s name may be made to Our One Nation Under God P.O. Box 62, Fallston, MD 21047

Julia Anne “Julie” Goff, loving daughter, sister, aunt, grandmother and friend passed away suddenly on May 23, 2013 in Elko, Nevada. She was a cancer survivor and championed the fight against cancer.

Julie was born in Glendale, California to Barbara Jayne and Orville A. Wahrenbrock and moved to Reno, NV in 1962 where she completed her education and began a long career in the dental and legal fields.

She was a loving daughter who took her mother Barbara into her home with the complete and faithful support of her family. Last year, Barbara moved to The Lodge in Carson City and Julie continued as her primary caregiver, visiting her mother several times each week.

Julie loved her family deeply. She enjoyed working in the yard, tole painting, preserving and sharing things from Bob’s bountiful garden. She was an excellent cook, an avid reader and she enjoyed a glass of wine with friends.

Her one regret was not finishing her college degree as she was a lifelong learner.

Julie was preceded in death by her father Orville A. Wahrenbrock and the love of her life Robert “Bob” Goff. She is survived by her mother, Barbara Jayne Gilbert of Carson City; her brothers, Larry Wahrenbrock, Jon Wahrenbrock, Andy Gilbert and Bruce Gilbert; sisters Jayne Putman and Marcia Dworak; numerous aunts, nieces, nephews and grandchildren.

A celebration of life will be held at Walton’s Funeral Home, 875 W. Second Street Reno, NV on Saturday June 1st at 10:00 am. A reception will follow.

Donations in her name can be made to the Susan G. Komen for the Cure Foundation.

She was born January 19, 1920 at McFaddin Ranch in McFaddin, Texas, the youngest daughter of Robert Theodore Albrecht and Mary Elizabeth Mason.

Iantha grew up in McFaddin and graduated from Patti Welder High School in Victoria in 1936. In 1938 she married C. C. “Sam” Dobsky. They made their home in Victoria, TX, and were married for 29 years until his passing in 1967. They had two children, Carl Ivan and Iantha Judith. In 1958 the family joined the Church of Jesus Christ of Latterday Saints receiving the baptismal ordinance in the Guadalupe River at Fox’s Bend. She served as president of the Relief Society (women’s organization) of the Victoria Branch.

In 1969 she married Casper Flink. They lived in Victoria until 1984, and then moved to Elk Ridge, UT to be close to family. In 1991 they returned to Texas, settling in Fredericksburg. Iantha and Casper were married for 27 years until his passing in 1996.

She began painting at an early age and produced many pieces of artwork throughout her life, including oil painting, charcoal, and watercolors that are enjoyed and loved by her family.

Iantha enjoyed getting “gussied up” for an evening of dancing with her husband. She could really move on the dance floor, and particularly enjoyed the waltz, polka, the Texas twostep, and the schottische.

She was an excellent seamstress, having learned to sew at her grandmother Mason’s knee. She often made clothing, draperies, and upholstery for herself and family, and passed her talents on to her children and grandchildren. She first worked as a demonstrator and sewing instructor for Singer Sewing Machine Company, then Necchi Sewing Machines. She retired from Sears Roebuck & Co. where she worked for many years as an interior decorator.

If you have an obituary of a Goff/Gough family member that you would like to have included on this list, please forward the obituary to webmaster@goff-gough.com. (We cannot publish copyrighted material without permission.)