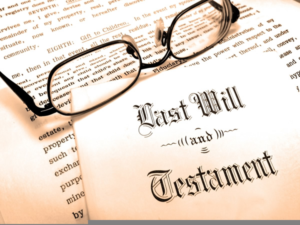 A few years ago I received the will of my third great grandfather, Abner Goff  (1782-1857).  For more than three decades Abner Goff was a Methodist Circuit Rider, serving churches in central and north central Ohio.

For me three things about the experience of discovering this will are worth noting.  First, I discovered its existence by examining the Ohio Probate Records (1789-1996), a group of 7 million un-indexed probate records added to the FamilySearch.org website a few months before.   Heretofore I have shied away from un-indexed records.  How could I find a needle in such a large haystack?  However, in exploring this record set I discovered that they are organized by county.   And within each county there is a listing of records that have been digitized.   One set of images was titled “Administration and Executor Index – 1875-1915”; worth a look for some of my collateral lines’ research, but not for Abner, since he died in 1857.  I also knew that a fire at the Licking County Courthouse on 2 April 1875 had destroyed most of the records.

Examining the index I discovered references to several Goff’s, including one for an Abner as well as one for Abner W (his grandson.)   Using the volume and page number I went to the appropriate set of images, and in a few minutes found a reference to a court hearing in 1891 at which__ Vance brought a certified copy of Abner Goff’s will, which had been probated on 3 July 1857, and asked the court to place the will into the court record, which the Judge ordered.  Thus my second surprise:  finding an official copy of a record which had been destroyed by a courthouse fire.

I could not find a digitized copy of the volume of wills in which Abner’s will was recorded.   Thanks to the Licking County Genealogical Society I was able to order a copy for $5.00.

The third surprise is what I found (and didn’t find) in the will.   The will mentions Abner’s wife, Patty, and one daughter, Sarah.   This is the first proof that I found that Sarah was a daughter.  Abner and Patty moved to Licking County in 1813, purchasing land with his father, Daniel.   Abner and Patty’s four children, Mira, Shadrack, Delano and Varnum, all born in Clarendon, VT, came with them.   There is no mention in the will of these four children, just Sarah.  The four older children had married at least 25 years previously.  Sarah, born in 1823 (according to the 1850 census) was still at home.

Since this discovery I have found at least a dozen other important documents using un-indexed records on FamilySearch.org.    One of these “finds” was a deposition that Ruth’s 7th great grandfather gave in court at the age of 79 in 1710.  He and his 72 year old friend testified about how they laid out the land for the town of Swansea, Massachusetts at least 26 years previously.

Since FamilySearch is releasing millions of new images monthly, I am looking forward to many more discoveries in the months ahead!